Petroval’s Densicat®, the worldwide leading dense loading technology, is a technique which has been in use in dense loading reactors for over 25 years, and has proven to be very useful in the debottlenecking of reactors and vessels loaded with catalyst. Dense loading ensures that the maximum amount of the catalyst will be loaded and optimum bed homogeneity will be achieved, thus improving reactor performance.

The DNG® was developed for 3 key reasons: safety, efficiency and quality. 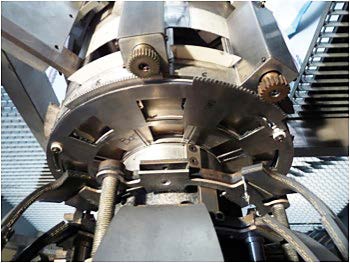 LyondellBasell Houston, Texas, being a leader in technology and willing to try new ideas to improve reactor loading and performance, made the decision to utilize the DNG® for oneof the largest hydrotreating reactors in the world.

KEY FEATURES OF THE DNG TECHNOLOGY

The overall time needed to dense load the reactor was reduced by 10%.The density achieved was perfectly in line with the predicted density.

The Densicat® New Generation was created with a potential loading flowrate up to 50 tons/hour. Due to customer recommendations and handling company limitations, the DNG® was set-up at 18 tons/hour, which represents only 45% ofthe DNG® potentiality.

During the loading, a piece of plastic obstructing the side windows and a pair of safety glasses blocking the central openings were detected by the DNG® radar system. The loading was immediately stopped and the obstructing components removed from the machine.