CATFLOW™ is a technology developed and patented by Petroval, for the unloading of a reactor catalyst bed via a horizontal dump pipe in the absence of a sloped dump nozzle (45°). The process uses an extraction tube that is inserted into the horizontal dump pipe. A fluidized region is created inside the extraction tube, and the catalyst is able to flow out by applying a delta P over the tube.

The top bed of reactor R01 had previously always been unloaded by vacuuming it out from the top. This year, in order to save time and catalyst, Spanish refinery decided to use the CATFLOW™ system during their July 2016 shutdown.

THREE OBJECTIVES ARE ACHIEVED BY THE CATFLOW™ APPLICATION:

The unloading process using the CATFLOW™ method can be divided into 3 phases: gravity flow via CATFLOW™, easy dig-out via CATFLOW™, and final catalyst removal by vacuuming or dig-out (shoveling). The following table shows the pertinent information about the various phases: 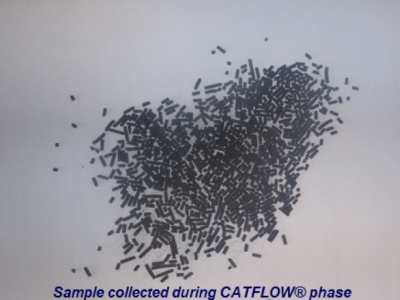 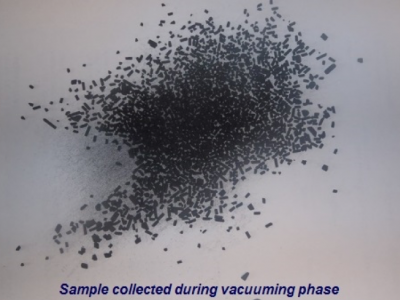 The CARBODUMP® technology was not on site during this unloading operation. The association of this technology with CATFLOW™ could further reduce the vacuuming time and thus the duration of inert entry activities.