Turbotal® is a rotating device hooked on a fixed head and attached on the tube end on the inlet side (see the video below). This system is a continuous on line cleaning device whose purpose is to reduce the fouling layer at the tube walls by mean of mechanical effects. Turbotal® uses the energy of the flow running through the tubes to rotate the device in the range of 1000 rpm with limited impact on pressure drop.

Simulation of a Turbotal in operation:

What were the benefits for our customer after the installation of TURBOTAL®? 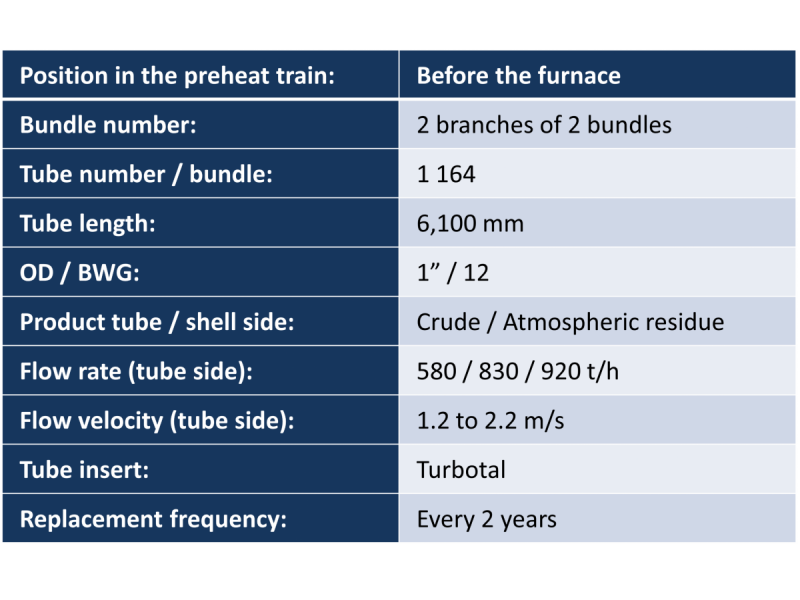 The last pairs of heat exchangers just before the furnace were suffering severe fouling over a period of less than one year. The four heat exchangers were equipped with Turbotal® and operated in the same range of process conditions as before.

The performance monitored was compared with the previous data. The comparative trend of the outlet temperature is presented in the graphic below. The trend presented in this graphic shows an increased outlet temperature at start of run (SOR) of 3°C under clean conditions. This gain is related to the additional turbulence generated by the rotation of the Turbotal® resulting in an increased heat transfer coefficient on the tube side by 80% compared to bare tube. 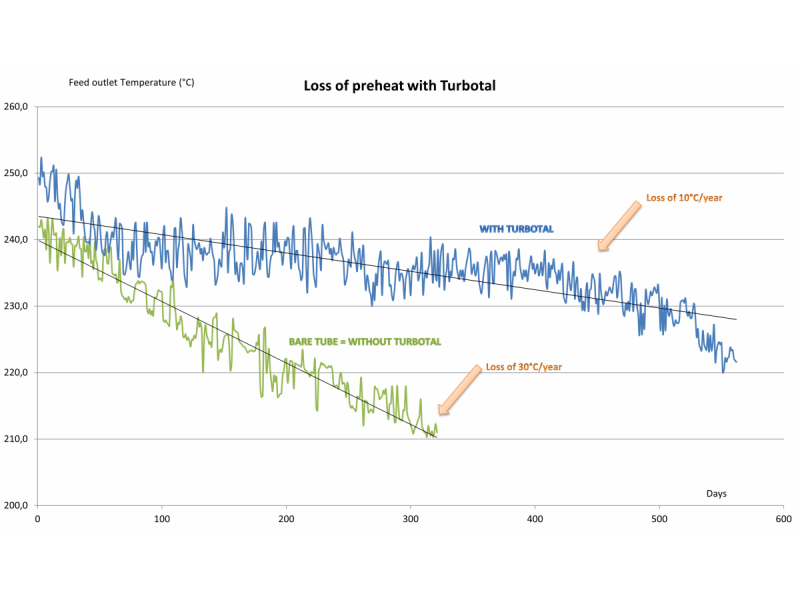 The rate of decrease of the feed outlet temperature is almost three times slower with Turbotal® compared to bare tubes ; this phenomenon is due to fouling mitigation throughout the run. The Turbotal® significantly reduces the fouling rate but cannot prevent all fouling deposition to occur. Previous studies identify fouling resistance with Turbotal® results with an asymptotic profile corresponding to the distance between the tube wall and the Turbotal® device. A payback analysis was performed on this application evaluating energy gains compared to the cost of the Turbotal® device and installation. An average gain of more than 10°C was achieved during the first year leading to energy gain valuing 1.4 Million € to compare with an estimated investment of 100,000 €. The payback calculated considering only energy gain costs is in the range of 1 month. However, additional operating expenses would have to be considered such as reduction of maintenance cost (mechanical cleaning avoided), production losses (reduction of throughput during partial shutdown for cleaning) and cost of CO2 emissions at the furnaces (around 45 €/t today, the cost of CO2 emissions should increase up to 100 €/t in the coming decade).

Reach us at JLIB_HTML_CLOAKING for further informations 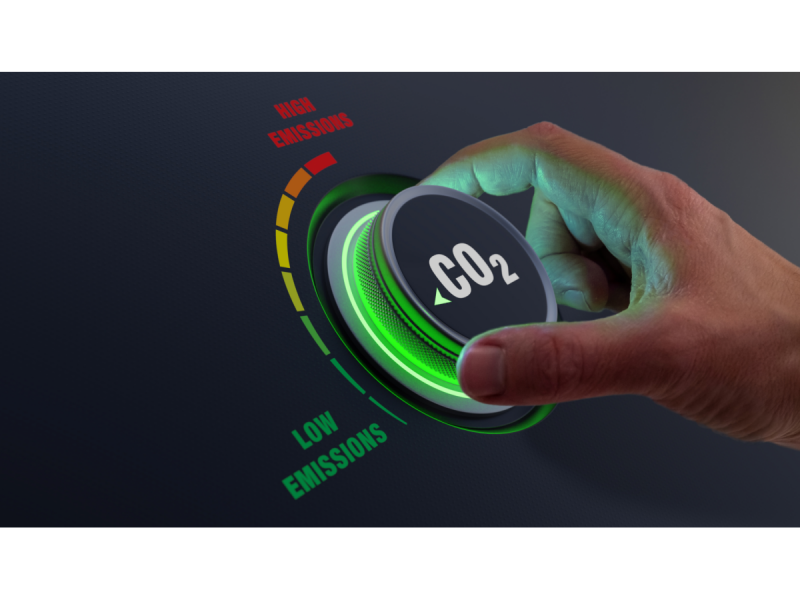